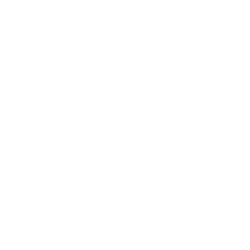 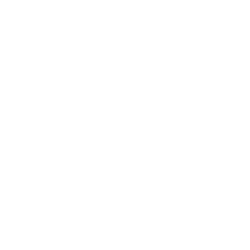 Home surveillance systems are becoming more common every year. With any product that has become mainstream the industry inevitably offers a DIY version that ‘anyone’ can do for a fraction of the cost of a professionally installed solution. Before you decide to make that Amazon purchase there are some pros and cons to consider. While it may be true there are plenty of systems on Amazon or other internet retailers, there is a reliable rule of thumb to go by “you get what you pay for.” There is typically a good reason those systems are so cheap, and they don’t want you to notice why until after the purchase is made and the cameras are installed.

This brings us to our first Con of a DIY system, misleading product listings online. Before we delve any deeper, we should clear up some lingo. To someone who isn’t involved in the industry and familiar with these terms and definitions it is perfectly reasonable to assume that 4K and 4MP mean the same thing. However, cameras and NVR’s use different industry standards to convey their resolutions. A 4k NVR has a resolution of 3840-pixels X 2160-pixels meaning it has a total of 8,294,400-pixels to make up an image. A 4MP camera has a resolution of 2560-pixels X 1440-pixels which results in a total of 3,686,400-pixels, less than half of the resolution of 4K. What is commonly referred to as HD, 1080 or 2MP has a resolution of 1920-pixels X 1080-pixels equaling a total of 2,073,600-pixels, in other words exactly ¼ the resolution of 4K. With that out of the way let's get back to the main point. We have seen countless inexpensive DIY surveillance systems listed as 4K resolution. On its face this seems like a great bargain, at least until you dig into the ‘specs’ section. After some reading it is clear 4k only applies to the NVR or DVR and the cameras themselves may only offer 4MP resolution or lower. Listings may also try to blur the lines by writing something like ‘4k NVR with 4MP camera resolution’. To someone who isn’t involved in the industry and familiar with these terms this would look as though both the camera and NVR/DVR support 4K resolution but now we know this really means you are getting less than half of the resolution and detail you may think you are paying for. To use the full potential of a 4K NVR you would need to purchase 8MP cameras which also have a 3840-pixel X 2160-pixel makeup (the same as 4K). Not only does this increased resolution mean you won't be wasting money on something you aren’t using but it also means that on higher quality NVR’s you will have the capability to digitally zoom in on an image making it easier to identify intruders or trespassers, capture license plates or any other potentially valuable information that would otherwise be missed with lower resolution cameras.

The second main drawback to a DIY system is that more than likely you will be making frequent trips to the hardware store for costly tools and supplies you’ll only use once. If you are like most homeowners, you won’t want to see exposed wires running all over the interior or exterior of your home. Not only is it unsightly, but it also leaves exposed wires for animals to chew on and damage or even for potential vandals and burglars to cut or tamper with. To hide these wires that means potentially spending hours looking for viable wire paths through the walls, the attic, and crawlspace, buying wire fishing rods, drill bits, extensions, ball-and-chain magnets, installing passthroughs in the wall etc. All of this becomes even more time consuming if you have a multistory home. Many of these DIY solutions come with premade cables that go from the NVR to the camera which means you are immediately limited on where the cameras and NVR can be placed. If you do happen to find suitable mounting locations within these limits, then you will likely be left with an unsightly bundle of unnecessarily long wires to try and neatly tuck away. With the shopping done and the unexpected days of effort put into a DIY system, suddenly that bargain isn’t as much of a deal as it initially appeared to be. This brings us to our final point, some may think an easy cost-effective solution to this would be installing a WIFI camera system, unfortunately it’s not that simple.

It is certainly true that a WIFI camera system only requires a power line to each camera or potentially no wire runs at all. However, more than likely you aren’t going to have many outlets in your attic or wherever the cameras are placed to plug them in. Having an electrician come install outlets at those locations quickly takes away a part of the cost benefit of the system. If you happen to buy a WIFI system that can be battery powered, then you have saved yourself the hassle of outlets and wire paths, but you have now given yourself the chore of constantly having a supply of fresh AA batteries and breaking out the ladder every few months or so to change out their batteries. Another potential issue with a WIFI camera system is the WIFI itself. Depending on the speeds you pay your ISP (Internet Service Provider) for, this new system will be putting a constant load on your internet connection and could create a severe bottleneck. Imagine each camera as another person in your home trying to stream a movie 24/7 in addition to your normal day-to-day use. Even if you have the bandwidth to handle the increased load on your system it still doesn’t mean your signal strength is necessarily strong enough at the camera locations to keep a sufficiently stable connection with the cameras. This could result in choppy video recording with missing frames or having you constantly trying to reconnect or pair your cameras with the WIFI. To solve this, you would need to install extenders or WAP’s (Wireless Access Points) which will increase signal stability at those locations but will further cut into the cost benefit of a WIFI camera system.

With that being said, if you are armed with the proper knowledge and have the necessary tools to do the job then a DIY solution could work for you. If you are like most busy homeowners, then hiring a professional and buying through them is the best choice even if it is slightly more expensive up front. That added cost will provide you with an expert opinion on how large the system should be, the proper amount of video storage to meet your needs, the most effective placement for cameras, a pain-free installation process as well as training on how to use the system once it is installed. Depending on the system’s capabilities the installer can also set up motion alerts and line crossing detection that will notify you via an app on your phone. Giving you added piece of mind and the ability to keep an eye on your system and property from anywhere in the world. In addition to all this, most reputable companies will offer a guarantee on their work so if anything malfunctions within your system you just pick up the phone and for no additional cost and no effort on your part the issue will be resolved in a day or two. If going with a top to bottom professional solution still seems too expensive keep in mind that most companies will be more than happy to offer some payment plans or even install a system you bought online as a compromise.
Share This Posting
HOME BUSINESS COMPUTERS ABOUT RECENT NEWSCONTACT POLICIES MOBILE SITE